Being avid polo lovers we always try to combine trips abroad with different polo matches around the world, and when a trip earlier this year took us to the beautiful island of Sicily, we were not expecting to experience anything remotely related to Polo. But then, as we were unsuccessfully searching the internet for any matches that might take place, we found that Sicily had its very own Polo stadium capable of seating 20,000 spectators – unusual for an island where polo is virtually non-existent and few matches are ever played, and particularly unusual for a city of only 27,000 citizens.

Work on the stadium commenced in 1985 and has yet to finish – It is a victim of Giarre’s many failed building projects where priority number one was to secure access to available funds from the regional government without putting too much into how and why the projects should be completed. More than 20 unfinished projects including a half-built swimming pool, nearly Olympic size and an amphitheatre are among the buildings never finished in Giarre. The stories have been covered in depth by international media including BBC, Bloomberg BusinessWeek, and The Independent – all good sources for a more in depth read on the story behind Sicily’s unfinished building projects.

We managed to snap a couple of pictures of the Polo stadium in Giarre, despite the fact that the locals there are not too interested in the media coverage. 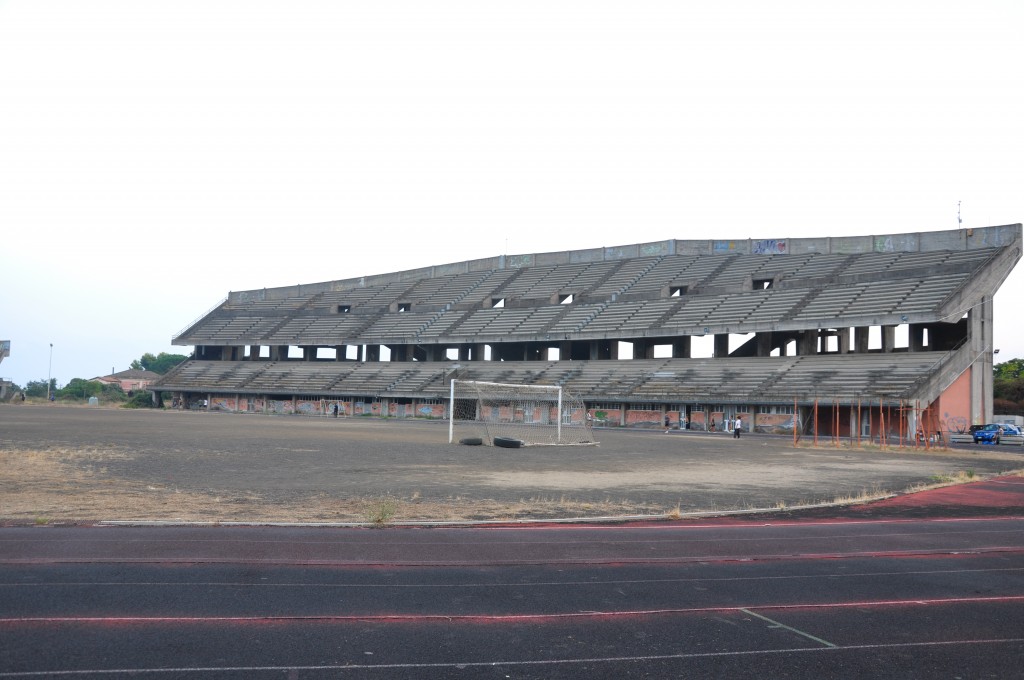 The polo stadium in Giarre

Last year a group of citizens in Giarre staged a mock polo tournament in protest against the large number of unfinished projects – it was the first time anyone had ever played a polo match at the stadium. See the video below for the highlights